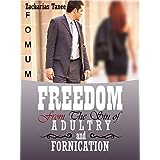 It has been aptly said, “Tell me who your friends are and I will tell you who you are!” Judah chose a spiritual environment that was indicative of what was in his heart.

Secondly, although he could have sought for and married an Israelite, he did not do so. The Bible says, “Judah saw the daughter of a certain Canaanite whose name was Shua; he married her and went in to her” (Genesis 38:2). He preferred Canaanite women to the daughters of Israel. There was some wandering away from his brothers, from his people and from his God, in his heart!

The Adullamite, Hirah, who became his friend was also a man of low morals. He was the type of man who could go on a journey with Judah and move away from him for some time so as to permit him to seek a prostitute and use her. His presence did not prevent Judah from sinning. It encouraged him instead, perhaps because he, too, was a man who could turn in to a prostitute! He was also the type of man who could discharge the sinful duties of trying to help Judah to recover the things that he had given as a pledge to the prostitute!

Have you ever seriously thought about your spiritual environment? What is the attitude of your

to the Bible’s demand for sexual purity? You are likely to stay away from the sins that are not committed by the people in your spiritual environment, and you are also likely to commit the sins that are committed by the people who are closest to you. My dear brother and sister, watch out! If the closest person to you has any weaknesses in the area of sex, break the relationship at once in order to save yourself. If not, you are likely to find yourself committing immorality with the person or with another person! Something of the “spirit” of the person closest to you will lay hold on you for better or for worse, unless you do something drastic about it. Will you obey? Will you obey? Do not say that you are too strong. You are not. You are most likely on your way to falling.

The truth is that common “inner strengths” and common “inner weaknesses” draw people together. Probably, you do not realize that the immoral person is attracted to you because of an inner weakness towards sexual temptation that you may not even know to be in you! You can prove this by writing down the main strengths of five of the closest people to you and also their main weaknesses, and you will find that you tend to be strong where they are strong and weak where they are weak. This ought to guide you on how to conduct yourself!